I’ve had a few questions about what licensing is needed under the GRID 2.0 and up software licensing for the M60/M10/M6 GPUs for RDSH solutions such as XenApp. I think the confusion arises because it’s possible to use a number of GPU/vGPU different profiles for a server OS VM. The key point is to remember that the licensing is always per user.

END_OF_DOCUMENT_TOKEN_TO_BE_REPLACED 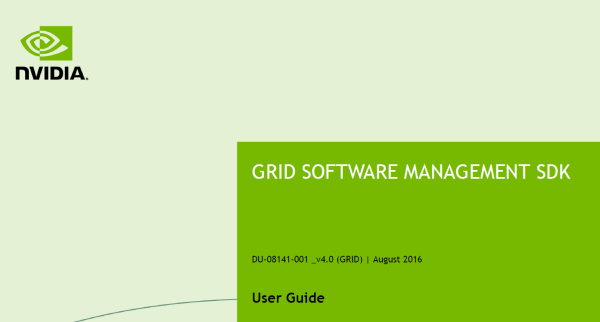 Today NVIDIA announced a new monitoring SDK / API incorporated into its GRID vGPU products as part of their GRID August 2016 (4.0) release. This will be available from Friday 26th August 2016 as a software release for existing hardware, greatly enhancing the functionality for existing as well as new customers. (You can read the announcement here).

NVIDIA has broken ranks with traditional hardware-only GPU models and recognized enterprises needs software to manage and monitor GPUs as a component of the data centre. Software licensing has enabled existing customers to benefit from new features with fully supported software, directly supported by NVIDIA (you wouldn’t run your Microsoft OS or CAD software unsupported!). END_OF_DOCUMENT_TOKEN_TO_BE_REPLACED 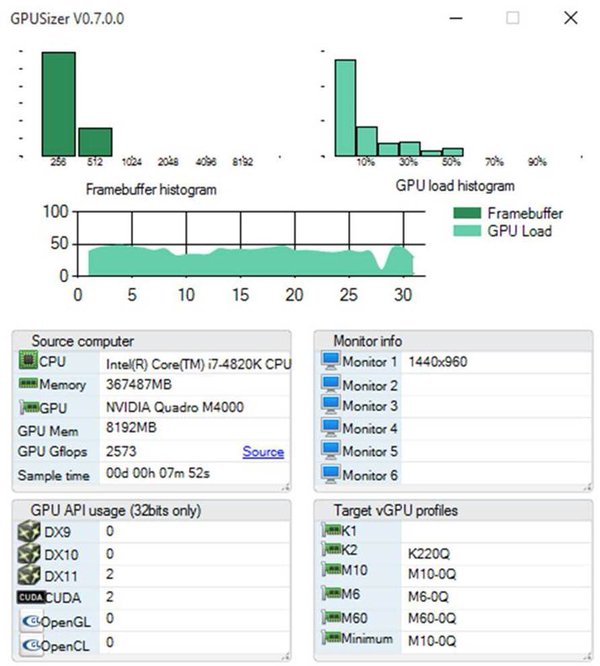 A few lucky folks at E2EVC, a couple of weeks ago in Las Vegas, got a sneak preview of a couple of new community tools for analyzing application usage of NVIDIA GPUS. I have already blogged about Jeremy Main’s GPU Profiler (read about it – here). 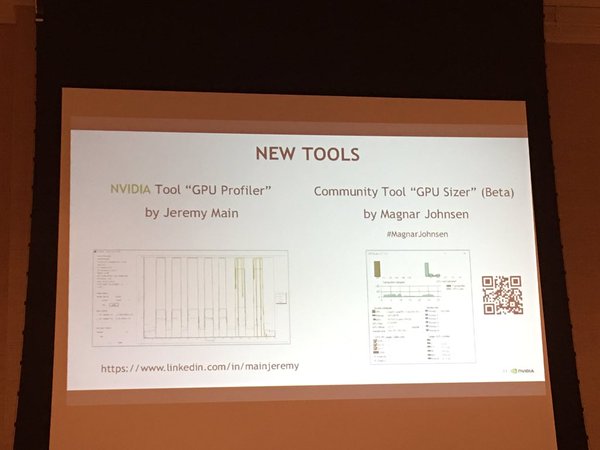 The other tool is one from community GPU and virtualisation expert Magnar Johnsen from Norway, who is well-known in the Virtualisation communities for his GPU-enabled deployments and tools. Magnar was in fact one of the community users who we invited to NVIDIA to speak to our engineers and product managers about the future direction of our products and user needs. END_OF_DOCUMENT_TOKEN_TO_BE_REPLACED

Just a quick blog to highlight a new community tool written as a hobby project by one of our GRID Solution Architects, Jeremy Main.  As a community tool this isn’t supported by NVIDIA and is provided as is. The advantages of releasing this in this way is that Jeremy has provided the tool on github where partners, customers and the community can access it, discuss enhancements and report bugs. END_OF_DOCUMENT_TOKEN_TO_BE_REPLACED

I had some fun at NVIDIA GTC 2016 taking part in a hands-on lab run by the SA (Solution Architecture) organisation of which I am a part. These labs are proving really useful for walking new-users to GRID through key operations on both VMware and Citrix stacks. The guys running it mooted adding more on monitoring once you have got set-up and I kind of volunteered to have a crack at a bonus chapter for the hands-on around monitoring on Citrix.

END_OF_DOCUMENT_TOKEN_TO_BE_REPLACED

Some weeks ago I published this post, listing a few of the monitoring products I saw used by XenApp/XenDesktop sys admins. It was an off-the-top-of my head list, completely uncomprehensive! Since then though I’ve had a number of people send me their recommendations and lists of similar products! The lists from a few have been vast and included many products I’ve never heard of! As such I can’t possible review them or vouch for them but for those looking to evaluate monitoring products it may be useful if they are willing to do their own due diligence!

END_OF_DOCUMENT_TOKEN_TO_BE_REPLACED 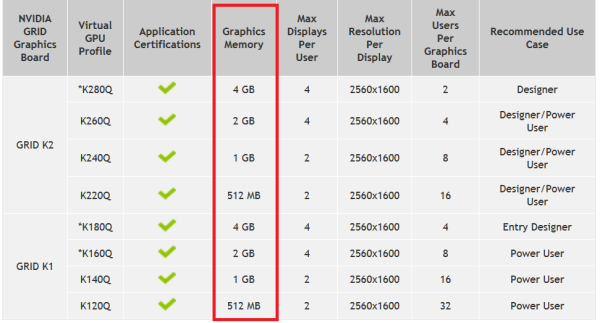 Jason Southern from NVIDIA released a video this week describing how to measure and understand the framebuffer usage for technologies used by Citrix XenApp, XenDesktop and HDX, the video is available here.

END_OF_DOCUMENT_TOKEN_TO_BE_REPLACED

A while back I wrote an article: “12 Monitoring Products for Citrix XenServer – including options for hybrid infrastructure and mobile, XenDesktop, Cloud, iPad”, since then I’ve moved into working in Product Management for HDX, providing the graphics technologies for Citrix XenDesktop and XenApp. I’ve had numerous requests for a similar list of monitoring options for HDX within a Citrix XenApp or XenDesktop environment. Many of those applications, which I suggested for XenServer are also appropriate, but there are also many products available which are particularly tailored to the needs of a XenDesktop or XenApp user.

So off the top-of-my-head, in alphabetical order, a non-comprehensive list of END_OF_DOCUMENT_TOKEN_TO_BE_REPLACED 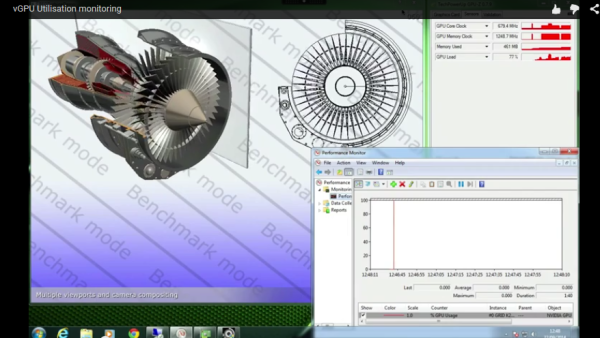 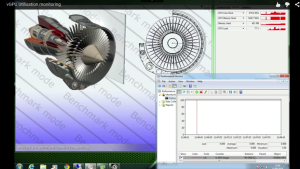 A physical GPU can be shared in a number of ways such as NVIDIA vGPU with Citrix XenDesktop or XenApp or GPU-sharing with XenApp (this is actually a form of pass-through with the sharing done at the RDS layer), or used 1:1 with VMs in VDI with GPU pass-through.

When using a pass-through mechanism the END_OF_DOCUMENT_TOKEN_TO_BE_REPLACED