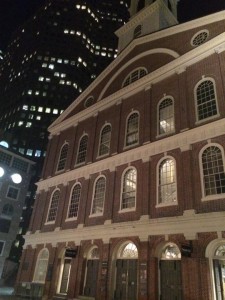 Has Silicon Valley hacked our souls?

This week I was a little depressed to read a corporate marketing blog from Citrix in which an employee highlighted the need for a security product via a personal anecdote of how he’d left a previous employer for a competitor and had stolen a lot of customer data by downloading it on to an external hard-drive.

Back in 2012 when I joined Citrix ( I left in 2015), the culture of personal responsibility was particularly strong in the EUC ecosystem with culture in larger organisation defined and clarified from the top down. I loved the message. Citrix’s then CEO spread the message far and wide on personal integrity encouraging the industry to “whenever you observe a violation, no matter what it is, you shine a light on it and ask everyone to do that if they see a violation, and hold everyone accountable to it, including your manager and your colleagues”.

The contrast seems so strong. I’m sure employees have been stealing company data since the pyramids were built (somebody probably fiddled the tax on that Frankincense given to Jesus) but I don’t think people would have admitted to it on a google-able forum for all potential employers to see. Nor, would a security product be associating itself with that sort of behaviour, the security industry folk tend to take integrity rather seriously. It read a bit to me like being asked to buy a used car from a self-confessed car thief.

But this isn’t really about Citrix, that’s just a data point; to me it feels like there has been a shift across the entire industry from collective responsibility towards the company and fellow workers to an Orwellian Animal Farm start-up culture of survival of the fittest where the character to take risks or break the rules is valued. A culture where a self-confessed data thief truly does have nothing to fear from revealing their past.

Last year a university lecturer who taught me tweeted: “The entrepreneur group I am mentoring all want to start a company so they can afford to buy a house. What a desperate state we are now in.” The students didn’t have an idea they wanted to realise, they wanted money to buy a house. All around the tech centres of the world the money flooding in from venture capitalists is fuelling staggering house prices in London, Cambridge, San Francisco bay area and the Silicon Valley.

The culture of many start-ups is to burn through their capital whilst desperately seeking a buyer stupid enough to overpay for what is little more than a flaky prototype and some marketing (the Unicorn). The employees in these firms are young and easily convinced, everyone has a story of their mate’s mate who got shares and got to buy a nice house. It’s very easy for the strong in such start-ups to dominate, in a Lord of the Flies like dystopian rush to get ahead where the weak bookish Piggys get trampled.

Younger staff are immersed in a culture of work hard, play hard knowing it may all end tomorrow; rushing from work to trendy bars and networking events. It’s very different from the days when you joined a large tech firm and they spent weeks if not months training to fit in and expanding your skill set and although the products could be dull you believed the company would be there in 20 years in some form. Folks spent their spare time on hobbies or even going to night school or doing correspondence courses to advance at work, whilst slowly saving for a deposit for a house that eventually you knew you could do. Folks documented their code because being replaceable was the only way to move up, folks knew if they didn’t do things properly they’d be still there in 2 years and have to re-do it.

And I don’t think it’s just me that’s noticed, a whole crop of business books are appearing, such as this excellent list. Observing how people are behaving like lab rats and how entire companies sole culture is to drive up the share price. Dan Lyon’s book, Disrupted: My Misadventure in the Start-Up Bubble, published in 2016 was one of the earliest and best of the genre; although it can’t be entirely unbiased, his observations resonate and may one yearn for the days of a 3 week Toyota Way induction course.

In France, discontentment at lack of opportunities and the cost of living is fuelling terrible riots, Marriott hotels have lost 500Million peoples financial data to hackers and meanwhile you can buy a Handmaid Tale’s outfit for your office Christmas party… Some how mine and older generations seem to be spoiling what was about knowledge and changing the world for the better.

Is Silicon Valley driving us to reveal that we truly are the sons and daughters of Cain?

P.S. this isn’t my Christmas blog 🙂