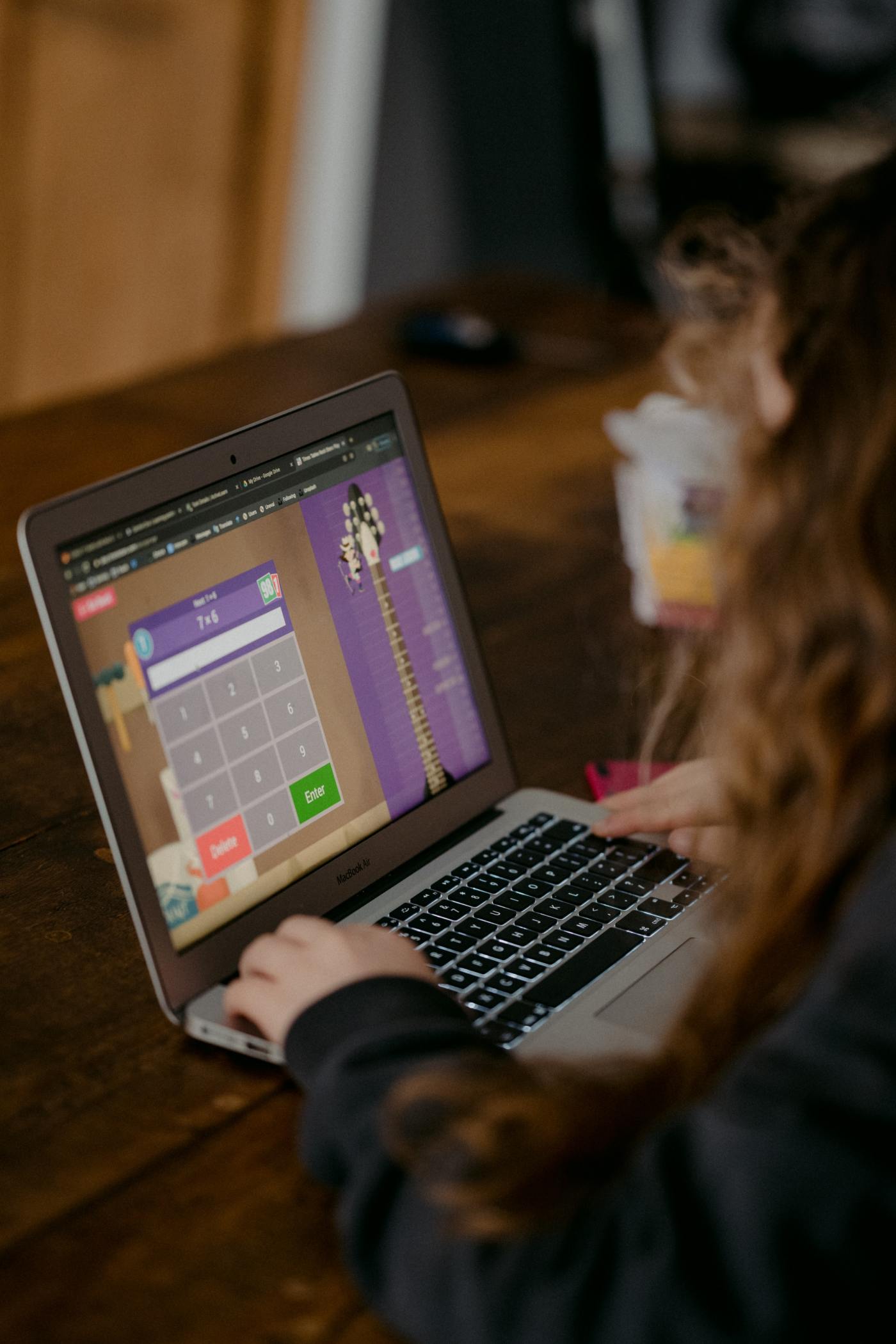 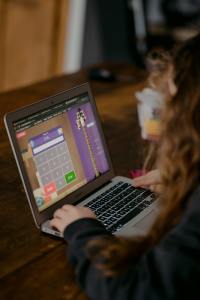 With COVID-19 many parents and educators have faced challenges with providing laptops or devices for students to use to access online resources and lessons. Even wealthier parents, well-resourced have faced challenges with scenarios such as 3 children all needing a device and both parents perhaps working remotely; with so much demand lead times on laptops have been long so even the best resourced parents have struggled to buy extra laptops or similar, with lower cost clam shell devices targeted at education such as Chromebooks often in short supply. At the other end of the wealth divide educators have been struggling to provide resources to the most disadvantaged families, budgets to provide laptops or WiFi to students on pupil premium and free school meal schemes generally were never designed to cope with such demand. There is a government scheme in the UK that will guarantee laptop and WiFi provision for the most disadvantaged although the lead times mean some orders may not reach students until June and although quite generous the scheme doesn’t cover many.

Many community groups have collected old laptops and reformatted them to help particularly disadvantaged students but others have been forced to be more creative leveraging the fact that the majority of education software is designed to be accessed by a browser; this in general can take away the issue of security on issuing a laptop and maintaining anti-virus etc on an end-point. Products such as Microsoft 365 (was O365) and Google GSuite (google docs, sheets (excel like)) are now cloud based and browser accessible.

The type of customers I often work with, tend to do large numbers of end-points and security – banking, retail, call centres – they tend to be economical as well as security focused so browser based access is often leveraged. When customer has 250k+ end users if they use a £50 alternative to a £500 – the savings become enormous and these type of customers rarely buy every user even a cheap laptop. If fact, it is getting rarer to see corporate laptops at truly large scale in many sectors – so many costs in maintaining and supporting those end points.

For many office/business uses, as for education, you often only need something capable of running a browser with a screen, although a real keyboard and mouse of course make it a lot easier. Second hand or cheap keyboards/mouse are often a lot easier to get hold of or get folks to donate than laptops.

So, at these times of make do and mend – here’s a list of cheap / repurposed devices that might be suitable for basic home working or education.

1) Most smart phones and tablets kind of have some sort of access but experience isn’t great without a proper keyboard – Apple recently (Mar/Apr 2020) released support for keyboard/mouse ability to https://support.apple.com/en-us/HT211009 with some schools already owning small stocks of iPads this may be an option to loan out to students in need. It should be noted that particularly old Android devices are often out of support for security fixes (older than 3 years there is a high chance of this) and as such donations particularly to the elderly or children with safeguarding considerations should be thought about very carefully and using such devices for online banking/shopping/email could be very risky. Consumer magazine Which! have covered this issue in more depth. (At the time of writing May 2020 –Android Versions 7.0 and older are out of support).

2) Playstation; many homes no longer have a home PC but often have a gaming console and headsets. These invariably also include a browser and adding a keyboard/mouse is fairly easy, see https://www.lifewire.com/add-keyboard-mouse-to-ps4-4163492

3) Similarly an Xbox can be repurposed: https://www.maketecheasier.com/connect-keyboard-mouse-xbox-one/ a side effect of repurposing a gaming unit is that they usually have rather good collaboration (“chat”) facilities, so group working is possible – one teacher I spoke to is pretty sure the homework she’s setting on MathsWatch is being done like this as certain groups of friends are consistently all getting the same wrong answers!

4) The Android based Amazon Firestick a c. $40 device – designed to enable Netflix/YouTube access on modern TV’s comes with the Silk browser but other popular options such as Google Chrome, Firefox or Opera can be added; and a keyboard/mouse can be added see here or here.

5) Low cost – out-of-the-box thin client: you give out a box and plug keyboard mouse and telly in. In fact these are used a lot in military as really hard to break and can be destroyed for security as required, you might not want to send IT support into Syria etc so jiffy bag support consists of destroy and post out replacement vs bother fixing. This type of model though does require some sort of VM to connect to run on VDI/Cloud infrastructure. The entry level is often based around devices based on Raspberry Pi https://www.techrepublic.com/article/full-windows-10-on-a-raspberry-pi-thin-client-heres-how-it-compares-with-a-desktop/

6) Raspberry Pi (a single board computer solution) – many students have already given these and many schools have a reasonable number that are used in computer classes. Many call centres and the NHS have turned to these as a cost-effective solution. See: https://www.raspberrypi.org/blog/working-from-home-with-your-raspberry-pi/ much cheaper to replace and less resalable than laptops. Again, for a full business, desktop experience something like a VDI/Cloud VM server system would be desirable, although these devices are capable of running a browser standalone which for many educational users may well be enough, there are plenty of browser options for the Raspberry Pi although the built in Chromium may well be the best choice to align with Google Classroom and the Chromebook ecosystem. There are also plenty of resellers packaging these up with keyboard/mouse etc. The official Pi variety is the “Raspberry Pi 4 Desktop Kit“, currently £97 (2GB) at PiMoroni or £115 (4GB) at The Pi Hut.

Update 02/Nov/2020 – Raspberry Pi have released the “Raspberry Pi 400” which may be an option, BBC review article of the product – here. Wired have some performance metrics vs Chromebooks etc. Essentially a home computer along the lines of the 1980’s Spectrum or Acorn Electron form factor (a computer in a keyboard), in practice you need the kit with mouse/cables for around £95, product page – here. The default Raspberry OS is a flavour of Linux but the device itself can take other genres of Linux. On the plus side it’s a robust, easy to store, kid friendly piece of kit but the requirement to source a monitor or repurpose a family TV don’t make it (in my opinion) a game-changer price of simplicity wise above some of the various options already available.

Update 02/Nov/2020 – Users reporting on twitter that even in-browser Microsoft Teams and Google Hangouts/Meet both did not run on Pi’s which blocked their use for home-schooling. It would be important to verify your schools preferred video conferencing option does work (most schools in UK will not allow Zoom).

7) Repurposing old laptops as “Chromebooks”; with many educational organisations adopting Google’s Chromebook ecosystem and Google Classroom. Whilst Google’s own roll Chromium OS is only available on official Chromebooks, the open source Chromium OS that google own Chromium OS is built upon is released by many for repurposing even very old laptops. Popular options include the free home SKU of CloudReady from Neverware, the nice thing about CloudReady is that on many laptops you can create a bootable USB drive an run it off that (there are plenty of guides and articles about doing this), this has advantages if you don’t want to wipe the original laptop and for security if you are allowing BYOD as you don’t have to worry about screen grabbers etc on the original laptop (if users simply installed a VPN or similar on an old laptop there can be serious security concerns).

Update(21/Jun/2020): @BrianLinuxing recommended some of the large recycling resellers such as https://www.tier1online.com/. Basically bit organisations sell pretty good corporate equipment off (they don’t want to maintain 17 types of laptop so often very good high-end equipment is upgraded), these recyclers check, warranty and resell most of the equipment and dispose legally of the rest/broken bits. With laptops starting at under £200, tower PC for less and 19″ monitors under £50 and keyboards, mice etc you can get a lot more than a Chromebook at the same price and with a Windows OS. Brian himself is a fan of repurposing laptops with a lightweight Linux OS such as a flavour of Ubuntu e.g. Xubuntu.

8) IGEL pocket, particularly for business / office applications this may well be an option to improve BYOD security. Basically, a USB stick running a thin client OS that uses the device hardware by booting off the USB rather than running the installed OS and avoiding whatever viruses, screen grabbers and malware are also lurking on that OS. Again, some sort of Cloud/VDI solution is often involved – although it’s possible to use the Linux based IGEL OS as a standalone device. IGEL OS is supplied with a web browser (Firefox) which may be sufficient particularly for educational usage. There’s is a really good webinar from Bromium explaining the threat model of allowing BYOD (including rogue employees) and why you might want to use something like the pocket; alternative approaches; weaknesses in traditional RDP/VPN clients – see the webinar demo at around 16:20 in.

The general consensus seems to be that to even use a laptop you also need a desk or a kitchen table, space and quiet, a household willing to repurpose the telly / gaming unit and motivation which in some home environments is very difficult to achieve at the moment.

It should be noted that a Cloud/VDI solution in these times might actually mean remoting into idle workstations / PCs in empty offices and it may be work exploring technologies such as Citrix RemotePC, low cost SMB market TeamViewer, AMD Remote Workstation and Microsoft RDP.

Image courtesy of @AnnieSpratt on Unsplash